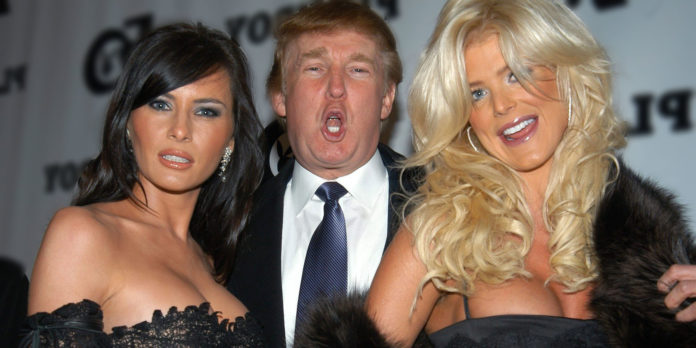 The adult industry is worried about its future

Pornography, or America’s favourite masturbatory aid, is generally protected under the First Amendment, but there are two exceptions: child pornography and obscenity. The first is pretty straightforward: any visual depiction of sexually explicit conduct involving a minor is prohibited under federal jurisdiction. Obscene content, on the other hand, is much muddier. Back in 1964, the best definition Supreme Court Justice Potter Stewart could offer was, “I know it when I see it.”

“This should create concern for the adult industry,” First Amendment attorney Marc Randazza told Xbiz, an adult entertainment news site. Industry attorney Karen Tynan went even further, saying “Jeff Sessions is a redneck in the traditional sense, and I can use that term as I am a Southerner.”

“He’s got some extreme far-right views on everything from fiscal spending to obscenity,” she added. “We need to watch him carefully these next few months … I’m concerned for my clients.”

“It’s impossible to accurately predict how this will affect the adult entertainment industry but there is certainly reason to be concerned,” he said. Others interviewed by the publication suspect a rush of obscenity prosecutions could take place over the next four years.

There are three questions, known as the Miller Test, which judges are encouraged to ask when deciding whether or not to label something obscene. They include, “whether the average person, applying contemporary community standards, would find that the work, taken as a whole, appeals to the prurient interest; whether the work depicts or describes, in a patently offensive way, sexual conduct specifically defined by the applicable state law; and whether the work, taken as a whole, lacks serious literary, artistic, political or scientific value.”

In 2008, under the Bush administration, Washington D.C.’s U.S. District Court saw its first obscenity charge in over 20 years when John Stagliano was indicted by the government on multiple charges of obscenity. The two films that landed him there were titled “Jay Sin’s Milk Nymphos” and “Storm Squirters 2: Target Practice.” Stagliano faced up to 32 years in prison and $7 million in fines for his connection to the content, which brought to life the art of milk enemas and female ejaculation.