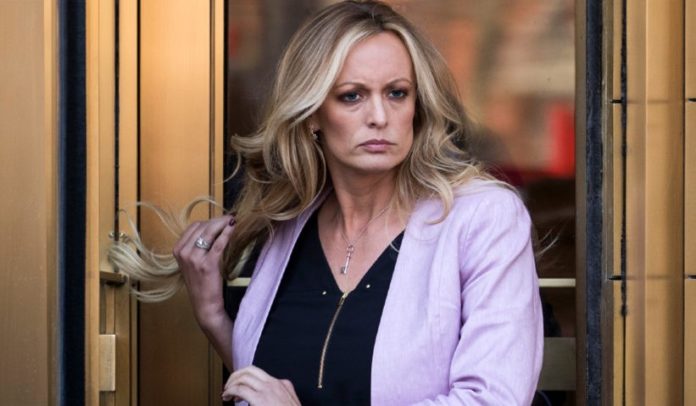 Stormy Daniel’s defamation suit against Donald J. Trump was rejected by a federal judge on Monday. In a first reaction, Trump went on twitter and called her »Horseface«.

He wrote: »A sketch years later about a nonexistent man. A total con job, playing the Fake News Media for Fools (but they know it)!«

While Trump did in fact accuse Stormy Daniels and her team of lying by labeling her statement as »con job« the court did not follow Avenatti’s assertion that the actress had been defamed by the president. According to the court, the tweet is protected by the freedom of expression. In his reasoning, Judge S. James Otero wrote: »The Court agrees with Mr Trump’s argument because the tweet in question constitutes ‘rhetorical hyperbole’ normally associated with politics and public discourse in the United States. The First Amendment protects this type of rhetorical statement.« 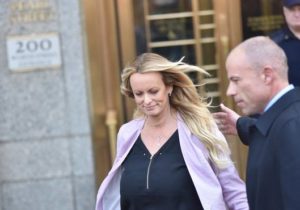 The court thus dismissed the complaint and ordered Stormy Daniels to pay the costs of the trial as well as Trump’s attorneys’ fees. This is a bitter financial blow for Clifford, especially as Trump had four attorneys on the case, which lasted for several months.

While the decision may hurt Stephanie Clifford financially, it should be pointed out that this court case did not say anything about the truth of the respective statements.

Michael Avenatti announced on Monday on Twitter that he wanted to challenge the court’s decision: »We will appeal the dismissal of the defamation cause of action and are confident in a reversal,” Avenatti said in a statement after the ruling. There is something really rich in Trump relying on the First Amendment to justify defaming a woman.«

Another trial between Clifford and Trump is still pending. It deals with the question of whether the non-disclosure agreement of 2016 between Trump and Clifford was legally binding at all. The actress and her lawyer Michael Avenatti are trying to have the so-called NDA declared invalid. Should this trial be detrimental to Stormy Daniels, Trump could theoretically take action against her violation of the confidentiality agreement.

Meanwhile, the president rejoices publicly on Twitter, as usual unsupervised, over his supposed milestone victory. Without wasting much time, he switches back to attack mode and insults the actress as »Horseface«: »Federal Judge throws out Stormy Danials lawsuit versus Trump. Trump is entitled to full legal fees.” @FoxNews Great, now I can go after Horseface and her 3rd rate lawyer in the Great State of Texas. She will confirm the letter she signed! She knows nothing about me, a total con!« Apparently the president is still deeply hurt by the detailed description of his penis in Stormy Daniels’ new book: »Full Disclosure«. In the book she compares Trump’s genitals with the »Mushroom from Supermario«.