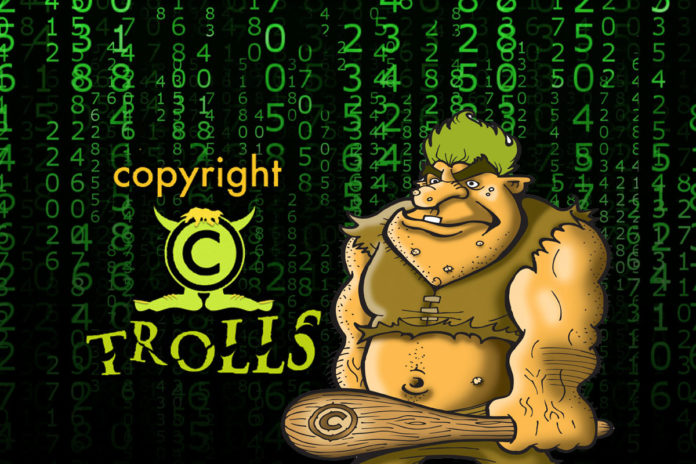 Steele was arrested in Fort Lauderdale earlier today, according to the Minneapolis Star-Tribune. In November 2011, he opened a branch of his law firm, Prenda Law, on 1111 Lincoln Road in Miami Beach.

“Between 2011 and 2014, defendants Paul R. Hansmeier and John L. Steele orchestrated an elaborate scheme to fraudulently obtain millions of dollars in copyright lawsuit settlements by deceiving state and federal courts throughout the country,” the indictment says. “In order to carry out the scheme, the defendants used sham entities to obtain copyrights to pornographic movies — some of which they filmed themselves — and then uploaded those movies to file-sharing websites in order to lure people to download the movies.”

The victims claimed they were being blackmailed, since anyone who refused to pay porn-company fines would have to go through a very public fight over the right to watch people have sex on the internet. But adult film producers say suing people who steal their movies is one of the only ways they can protect the intellectual properties they worked (very) hard to produce.

That being said, the details of Steele’s blackmail case are particularly egregious. Copyright lawyers had long been watching Prenda Law: At least one copyright law blog has been writing about the firm, which it labeled a “copyright-troll law firm,” for at least three years. Prenda Law apparently did a dirt-poor job hiding its tracks, since the law blog Popehat says the firm routinely filed frivolous libel lawsuits against anyone who criticized it for exploiting the copyright law. Rather than silencing critics, they mostly just succeeded in drawing more attention to themselves.

(A “copyright troll” is someone who buys the rights to intellectual property just to sue people.)

The feds say the duo then monitored the IP addresses of anyone who downloaded their movies, and, beginning in 2010, started harassing the downloaders. They would file anonymous copyright-infringement lawsuits against the users, obtain their addresses and contact information, and then send letters demanding the victims pay $4,000, or face a massive, $150,000 criminal penalty. (That amount exceeded legal limits, but we digress.)

“Many of the individuals who received the defendants’ letters and phone calls agreed to pay the settlement rather than incur the expense of defending the lawsuit — which would undoubtedly exceed the settlement amount — or risk being publicly shamed for allegedly downloading pornographic movies,” the indictment says.

Rather than sell the movies, the duo instead just uploaded them to the Pirate Bay, and attacked anyone who downloaded the films.

Naturally, the pair found themselves in court often between 2011 and 2016 — in addition to getting charged this morning with fraud and extortion, the feds say Steele and Hansmeier habitually lied to the court to cover themselves.

Neither Steele nor Hansmeier have attorneys listed yet in federal court.