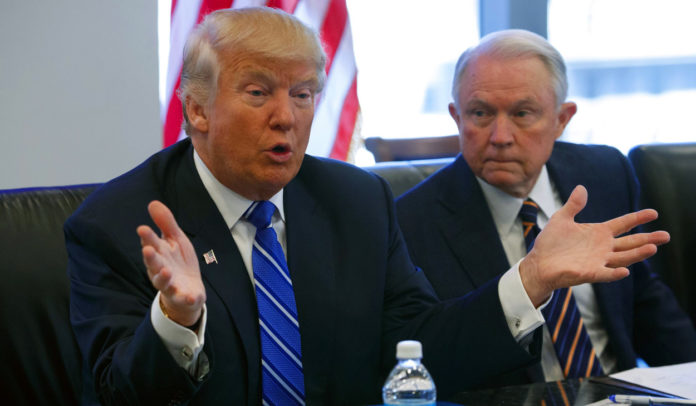 “In the 108th Congress, you introduced Senate Concurrent Resolution 77, expressing the sense of the Congress that federal obscenity laws should be vigorously enforced throughout the United States… it passed the Senate unanimously,” Hatch announced, noting that it was the only resolution of its kind to be passed by either the House or the Senate.

Hatch then praised the Utah legislature for its own resolution that defined pornography as a “public health problem.” But, still concerned about the “harms of obscenity,” Hatch pressed Sessions, who vowed to continue to “vigorously prosecute” violators of adult obscenity laws.

“Those laws are clear and being prosecuted today and should be continued to be effectively and vigorously prosecuted in the cases that are appropriate,” Sessions said.

“Would you consider re-establishing a specific unit dedicated prosecuting this category of crime?” Hatch asked.

Sessions admitted he was unaware the department had even been disbanded, but added he was open to resurrecting it.

“It was a part of the Department of Justice for a long time and I would consider that,” Sessions concluded.