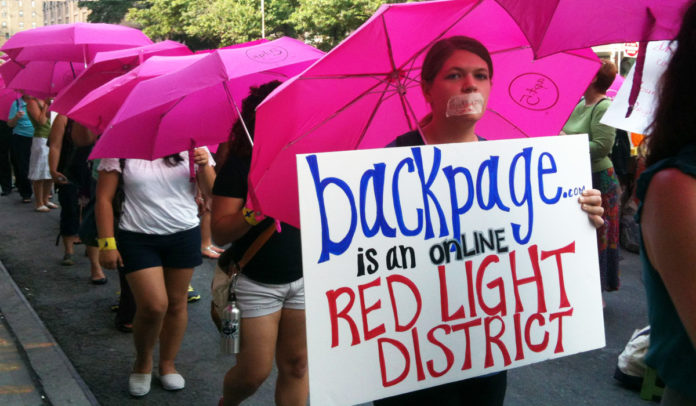 One of the first visible actions taken by law enforcement based on the new FOSTA/SESTA laws against sex trafficking was the raid and seizure of the once-booming classified ad site Backpage.com. The founders will face allegations that their service facilitated prostitution which is illegal in the US. A possible trial though won’t happen until 2020 meaning years of limbo for the three founders.

Backpage.com was generally viewed favorably within the industry as many sex workers felt safe using the site to attract customers. Federal authorities claim that the website generated $500 million in revenue from services related to prostitution.

The two founders are pleading not guilty to the indictment. 93 separate charges were brought against them. According to law enforcement, the founders were well aware that the money generated by the adult sections on backpage.com came from prostitution, including child prostitution.

While one of the founders commented the charges with a simple »Nonsense!«, the CEO of Backpage, Carl Ferrer, pleaded guilty and is cooperating with federal investigators, probably creating problems for the founders of the site. Ferrer’s cooperation meant that law enforcement gained access to Backpage’s data and servers.

The sheriff from Cook County, Tom Dart, is adding to Backpage’s legal troubles. Dart sued the founders of the site for legal fraud last week. He is obviously seeking revenge for a suit against his department by Backpage.com. The company sued the sheriff when he tried to get credit card companies to drop Backpage as a client.

Now the sheriff is suing them back as he says that Ferrer’s guilty plea means Backpage’s First Amendment suit was fake and based on lies. He is seeking full reimbursement of the legal fees that originated from the lawsuit.