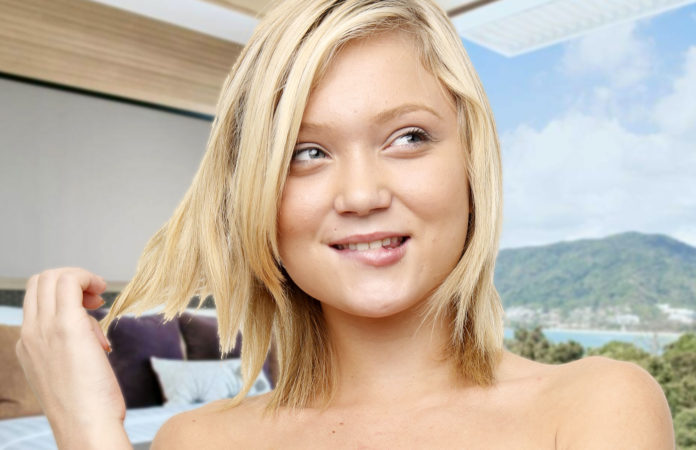 The Mirror Reports: “Dakota Skye has been arrested after she allegedly punched her boyfriend in the face in a row that erupted after they had sex.

Lauren Kaye Scott, 23, is accused of assaulting her partner after he told her to leave his home because she wouldn’t stop using her phone.

The boyfriend was left with a swollen and cut lip after being hit in the face in the post-coital row, said police.

Scott, known as Dakota Skye or Kota Sky in adult films, is now facing a domestic battery charge.
An arrest affidavit said Scott “would not get off the phone” after having sex with her boyfriend, and he asked her to leave the residence.

Unhappy with this turn of events, it is alleged by police that she “became upset” and struck him in the face.

It is claimed he ended up with a “swollen lip with a cut”.
Police were called and Scott was arrested on a misdemeanour domestic battery charge, before being booked into the county jail.

After a day in custody, Scott was released and ordered to have no contact with the victim, with whom she had been having a relationship for six months.

In a previous interview with AVN, she said: “I can’t imagine doing anything else for a living.

“Awards are always nice, but being able to do what I love and give back to the people who love it are reward enough.””