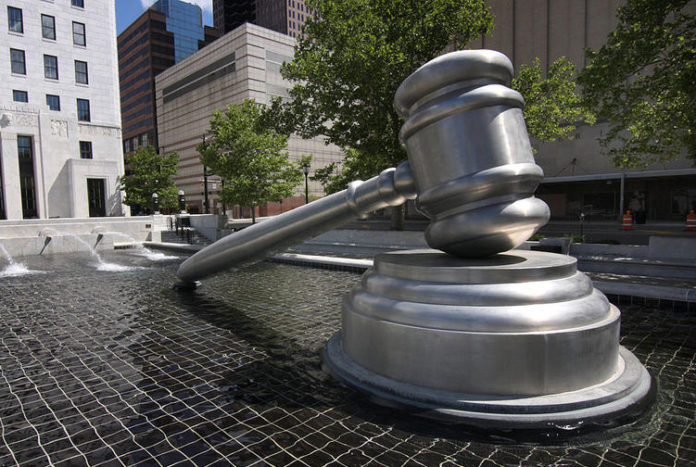 AVN Reports: “Public sentiments regarding HIV have come a long way since the virus’ discovery in the early 1980s, when the idea was seriously floated that sufferers should be rounded up and put in special “camps” so they couldn’t infect anyone else.

But it’s still a crime in most states for an HIV-positive (HIV+) person to commit a variety of acts that could lead to a spread of the infection. For example, the website STDCheck.com notes that “an HIV-positive Texas man [is] currently serving a 35-year sentence for spitting at a police officer,” and “an HIV-positive man in Michigan [was] charged for possession of a biological weapon under the state’s anti-terrorism statute after biting a neighbour.” In fact, nearly three-quarters of all states have laws making non-disclosure of a person’s positive HIV status a felony in certain circumstances, most notably when that HIV+ person engages in sexual intercourse or other sexual activities.

The states with the most restrictive HIV laws are Arkansas, Michigan, New Jersey and Ohio, with Vermont and Oklahoma prohibiting a person who tests positive for any STD from marrying another person, even if that person knows his/her partner’s infection status and agrees. California, on the other hand, is the least restrictive, requiring both unprotected sex and actual disease transmission for a conviction.

But Ohio’s HIV laws are now under challenge before the state’s Supreme Court by one Orlando Batista, who had been convicted of felonious assault for failing to tell his girlfriend that he was HIV+ before they engaged in intercourse. In appealing his eight-year prison sentence, Batista is claiming that the HIV disclosure requirement is a violation of his Fourteenth Amendment right of equal protection, arguing that the law is prejudicial towards anyone with HIV.

“This case is bigger than him,” argued defence attorney Joshua Thompson. “This case is about all HIV positive people in Ohio. It’s about the burden that is passed on to his victims that requires them for the rest of their life to disclose their HIV positive status to sexual partners.”

Of course, those in the adult industry would likely respond, “Well, DUH! Of course people who are infected with an incurable transmissible disease should disclose that before having sex with anyone”—and prosecuting attorney Samuel Petersen agrees.

“It is a recognition that when you have sexual conduct, there are two parties to that conduct,” Petersen told the high court justices. “And the other person has a right to know and be party to the decision to engage in the sexual conduct.”

The case was argued earlier this month, and a ruling from the Supreme Court is expected soon.”