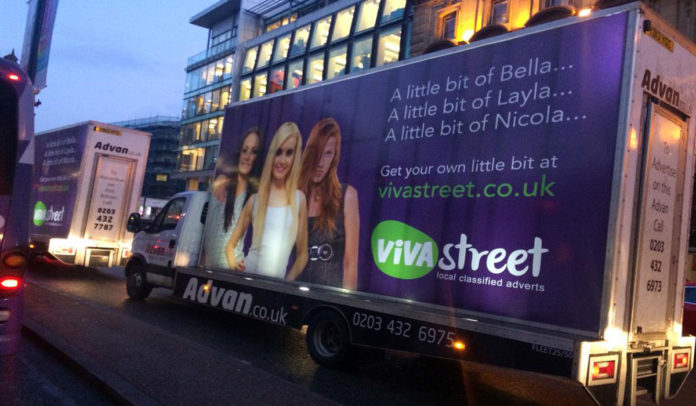 While Theresa May’s government is struggling for political survival following the resignations of key ministers, many industry and sex workers’ associations are concerned that the UK is preparing laws similar to those passed in the US with SESTA/FOSTA under Donald J. Trump on the pretext of combating sex trafficking. Laws that have caused massive uncertainty in the USA for all online companies, but especially for those in the adult industry.

Several hundred demonstrators have been protesting against SESTA/FOSTA-like laws in the UK in front of the British Parliament. The British government is openly considering suppressing so-called »prostitution websites« from the Internet. Under the pretext of pursuing illegal activities, a moral law against sex work and pornography could be enforced, as was already the case with SESTA/FOSTA, which could not only make the work for numerous online companies more difficult, but could also make it insecure from a legal point of view.

The advocacy groups of British sex workers, namely the Sex Worker Advocacy and Resistance Movement (SWARM), the English Collective of Prostitutes (ECP) and the xTalk collective, have expressed their concern that the parliamentary initiative of Sarah Champion could have harmful effects on sex workers and businesses in the UK.

According to the associations, Champion is trying to criminalize prostitution and to make websites that facilitate prostitution legally liable to prosecution. The parallels with SESTA/FOSTA are indeed obvious. Prior to this, a report had appeared that websites were the most important helpers for human trafficking with a background in prostitution. »Websites such as VivaStreet.co.uk and AdultWork.com are key to the typical ‘business model’ used by the organized crime groups and third-party exploiters who dominate the U.K.’s off-street sex trade.«

In her speech to Parliament, Champion attacked customers and websites alike: »Across the U.K., men are paying to sexually exploit vulnerable women and girls that they have ‘shopped’ for online. We need to join the dots – between prostitution, modern slavery, trafficking and child sexual exploitation. The government should urgently extend the existing prohibition against paying for sex in a public place to make it a criminal offense in all locations.«

The effects of the strict new regulations are already being felt in the USA. Numerous websites closed their personal ad sections, removed their offers alltogether, were raided and shut down by the FBI like Backpage.com or moved their servers and offices abroad. A lawsuit against the FOSTA Act by the Woodhull Freedom Foundation, among others, is currently pending in the United States. At the moment, this lawsuit only aims at a temporary suspension of the enactment of the law. The outcome of the lawsuit is likely to be only the prelude to a whole series of legal battles that US courts will have to deal with in the years to come.