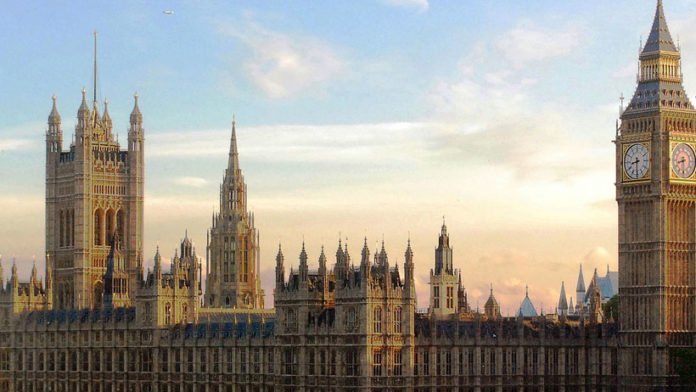 Much ado about nothing? A law to make age verification mandatory for adult entertainment online in the UK was supposed to come into force on 15 July and is now being postponed. Apparently, the UK had forgotten to provide the EU with adequate information due to the Brexit chaos. Will the law now be completely overturned?

The British television channel Sky was the first to report on the postponement for legal reasons. The British government had failed to inform the European Commission about details of the new law – it was probably overlooked during the chaos of the Brexit postponements and the fall of Prime Minister Theresa May. After all, Britain wanted to have left the EU months ago.

Communication with the EU as a whole is probably completely on hold at the moment; at the moment the British are completely occupied with themselves. The whole country looks attentively at the intra-party quarrels of the current governing party, the conservative Tories. After the forced resignation of Theresa May, a bitter power struggle is raging for her succession among Tories, who recently plunged in polls and who should fear nothing as much as new elections.

Statement by the Minister of Culture: A delay of at least six months

Minister of Education, Jeremy Wright, made a statement on the subject in the House of Commons, explaining why he expects the law to be postponed for at least six months, until 2020. Asked by MEP Diana Johnson whether there was any way to expedite the process, Wright politely beckoned: »What has to happen now is that we need to go back to the European Commission. The rules under the relevant directive say that there must be a three months stand-still period after we have properly notified the regulations to the Commission. If the Commission wishes to look into this in more detail – and I hope in this context they will not – then there could be a further month of standstill before we can take the matters further. That’s four months. We then need to relay these regulations within the House.« Apparently, another 40 days would remain for appeals at that time, Wright added.

He then said: »So adding all of that together we come to roughly six months.« Somewhat resigned, he added: “If we could do it quicker then that, then she would recognize we would. I don’t believe that will be feasible.«

The final decision will be made by Theresa May’s successor

It is hardly to be expected that a final decision will be made before the power struggle is resolved. It is highly likely that Boris Johnson will win the race for May’s successor and, as the next prime minister of the crisis state, he will decide how to proceed on this issue. But before that, Brexit will probably be a much more important item on the new prime minister’s agenda. Whatever his name will be.

It seems that the previous software was not really persuasive anyway. The Guardian was able to demonstrate in a test that it was possible to outsmart age verification within minutes. In addition to the fundamental questions of data protection law, it remains unclear how the British will deal with websites that do not mainly offer adult entertainment but do not regulate adult content. In other words, there was no clarity what would happen to Reddit, Imgur and Twitter if the law came into force in Britain in its current form.

As with Brexit, the Brits seem to continue to turn a blind eye to the complex facts of digitization and globalization.