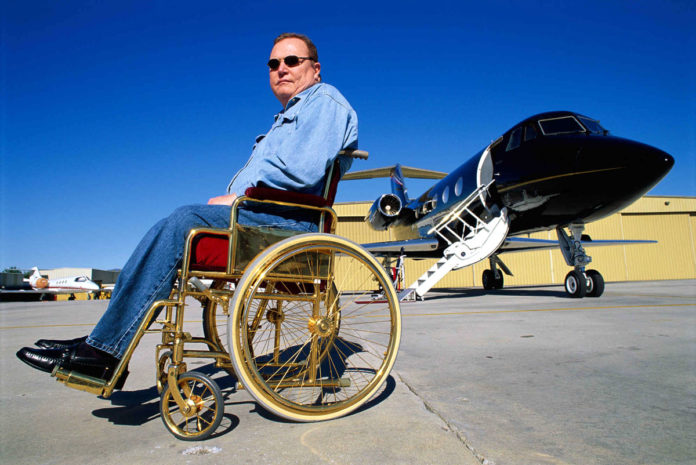 Isle of Capri Casinos Inc. and Flynt reached a »mutually agreeable settlement,« but no other details were made public, according to a Friday filing in Los Angeles federal court.

The gaming company alleged that Flynt had been warned not to use “Lucky Lady” for his card club because the St. Louis company owned the rights to »lucky lady’ and lady luck.«

The Hustler magazine publisher bought the gaming license for the former Normandie Casino on Rosecrans Avenue a year ago for an undisclosed price. Flynt, who already owned the nearby Hustler Casino, said he planned to spend at least $60 million over the next four years to renovate the aging facility, which he renamed Larry Flynt’s Lucky Lady Casino.

Isle of Capri argued that »lady luck« has been used for casino services since 1967 and »lucky lady« for slot machines since 1988. The company also objected to Flynt’s use of the term in connection with depictions of a scantily-clad woman on outdoor signs and a naked woman on betting chips.

»The lewd and suggestive nature of defendants’ use of the mark and the perceived association with defendants’ strip clubs and publications will cause irreparable harm to Isle of Capri,« the company’s complaint alleged.

Isle of Capri owns or operates 14 casinos in seven U.S. states, according to its website.«