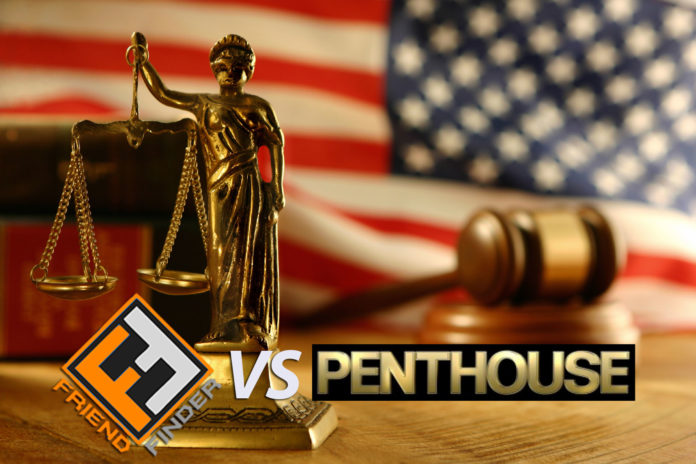 in a suit filed at Delaware’s Chancery Court, FriendFinder and subsidiary Various Inc. said that they inadvertently transferred ownership of nine websites to Penthouse in April and that Penthouse has been redirecting visitors to its own sites.

The suit said that FriendFinder unintentionally gave domain authorization codes to Penthouse as part of a February stock purchase agreement that included 16 affiliate companies that ran more than 1,000 domains.

“We made a mistake in transferring some of our domain names to Penthouse and we need the court’s help in regaining control of them,” FriendFinder CEO Jonathan Buckheit said on the stand, according to Law360.

“I regret that I didn’t [review the list myself],” Buckheit testified. “They were not sold to Penthouse. We never would have sold them to Penthouse for [the $6.5 million] sale price.”

Under cross-examination, according to Law360, Buckheit admitted he was not involved in the creation of the list of domains to be transferred to Penthouse.

FriendFinder, in court papers, said the company was losing revenue on a daily basis over the loss of control of the sites.

After the close of the stock deal with Penthouse CEO Kelly Holland, FriendFinder began the process of transferring ownership of the domains to Penthouse.

The suit said that a Penthouse’s exec allegedly sent an email in April demanding that the transfer process be sped up; the exec attached a list of 1,117 domains that needed to be transferred by May 2.

FriendFinder, the suit said, did not take notice that nine domains were included in the list that were not part of the purchase agreement with Holland.

FriendFinder claims that on May 26 it corresponded with Penthouse that it received reports that traffic was being diverted from its sites to Penthouse sites. Shortly thereafter, two of the nine sites — BookOfSex. com and HornyWife.com — were reverted back to FriendFinder and Various’ original sites, but the remaining seven sites still redirect to Penthouse web domains

BookOfSex.com and HornyWife.com accounted for a large portion of FriendFinder revenue through membership fees and advertising revenue, the suit said.

FriendFinder further said that in the first four days after the transfer of the sites was noticed, it lost out on $7,300 in advertising revenue.

FriendFinder also is seeking attorneys fees and the backend costs of reverting control of the sites.

The court case is scheduled to continue today.