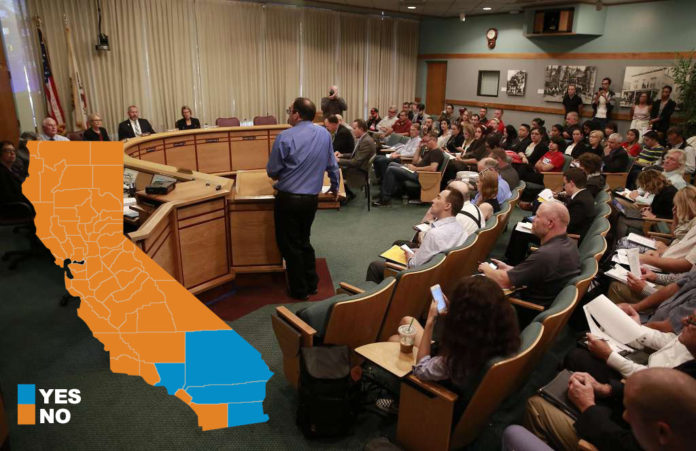 Proposition 60 was portrayed as a workplace health and safety measure — albeit an unusual one — that critics said would have chased the vast adult-film industry out of state.

Proponents argued Proposition 60 was needed to the lower venereal disease risk to performers, especially in light of revelations in recent years that some actors had been diagnosed as carrying the AIDS virus.

It would have required licensing of adult film producers, made distributors and agents liable for violations and would have allowed lawsuits to go forward against for producers.

Opponents countered that the measure went too far by going after adult film industry workers if a condom is not visible in sex scenes. The solution for the industry would be simple, they contended. They would just pack up and leave the state.

The state’s workplace safety enforcement agency, Cal-OSHA, is already charged with making sure actors wear condoms in adult films for their own protection. Plus, Los Angeles voters approved a measure in 2012 requiring condom use.

Proposition 60 backers said enforcement of that law isn’t vigorous enough because the agency only acts on complaints. Only four citations were issued in 2014 and 2015, the state’s legislative analyst says.

As such, those who don’t wear protection pose a wider threat than just to fellow actors.

Critics, including the adult film industry’s association, the Free Speech Coalition, pointed to a Los Angeles County Department of Public Health analysis which states “passage of Proposition 60 may result in some adult film productions going underground or relocating outside the state.” Opponents also included both the California Republican and Democratic parties.