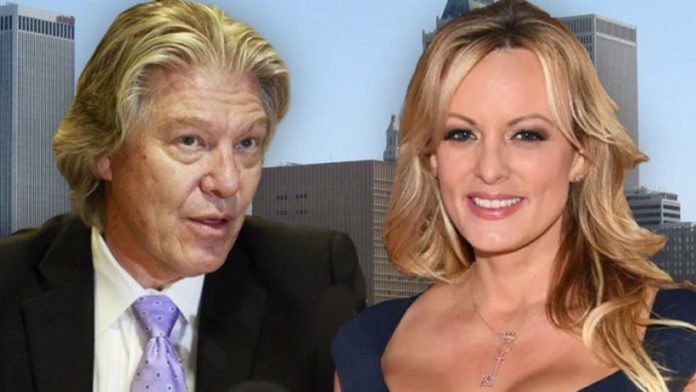 Michael Avenatti has lost his most famous client. Without stating any reasons, Stormy Daniels announced via Twitter that in the future she would be represented by the lawyer Clark Brewster.

New Attorney said to be an expert in complex civil matters

In an interview with Super Lawyers, he said: »I have to like the people I represent. That’s what motivates me. Whether it’s criminal defense or civil litigation, we try and develop a solid communication between us and our clients. They become like family.«

The energetic Avenatti, who was toying with a candidacy for the presidency of the United States, has made references on his own Twitter account hinting that he himself had resigned from his mandate – and that he did so a month ago.

A rift between Avenatti and Daniels?

»On February 19, we informed Stormy Daniels in writing that we were terminating our legal representation of her for various reasons that we cannot disclose publicly due to the attorney-client privilege. This was not a decision we made lightly and it came only after lengthy discussion, thought and deliberation, as well as consultation with other professionals. We wish Stormy all the best.«

This suggests quite far-reaching differences between the actress and her lawyer. It would explain Daniels’ rather tight-lipped explanation: »Upon completion of Mr. Brewster’s review and further consultation with me, I anticipate Mr. Brewster will serve as my primary counsel on all legal issues.«