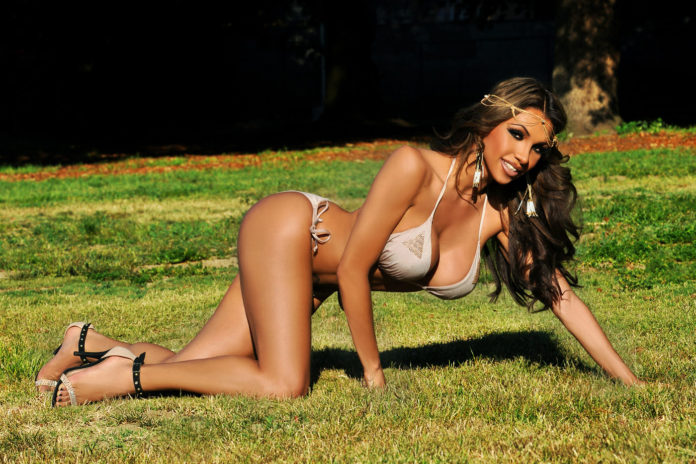 But with the new awareness of trans content in general and society’s more and more sensitive approach towards transgender debates, the company got into trouble. As an early pioneer it marketed its offerings in a niche and terms like shemale and »tranny« were perfectly acceptable 20 years ago, but today many performers and clients alike as well as the LGBTQ-community find these terms demeaning and derogatory.

Kristel Penn, Marketing and Editorial director at Grooby put the dilemma like this: »In terms of SEO, words like shemale and tranny are searched exponentially higher than other terms. Our product was reaching those looking for it without diluting the results of those looking for nonadult services.«

Although the global reach of Caitlin Jenner and the success of Amazon’s hit series Transparent, have drawn public attention to transgender issues, violence against transgender people has not decreased.  A sad record was broken in the United States in 2016. 27 transgender persons were murdered in that year, a record number.

Venus Lux, who won the 2016 AVN Award for Transgender Performer of the Year and who is one of the most active and famous members of the transgender adult community is trying to get the industry to listen to the dangers of stereotypical representations: »People are naturally ignorant when it comes to sexuality and gender identity, because there is a lack of education. It’s not like they encounter transgender people on the streets to be able to ask them questions.«

Vespoli and Lux are only at the surface of a larger shift in perception. An important step was the foundation of the Tranny Awards. Industry veteran Grooby started the online competition in 2007. Penn explains: »At the time, there was a lack of trans representation at the major adult award show. It was meant to be an informal online competition.« The awards were so successful that it quickly evolved into an award show that today takes place as a 3-day-convention. But again, Grooby’s involvement was a double-sided sword. The word »tranny« quickly became heavily criticized. After many protests and several sponsors backing out of their involvement with the awards Grooby decided to rebrand its awards show as the »Transgender Erotica Awards«.

The rebranding now took place on many sits run by Grooby. Even the former flagship site »Shemale Yum«, a valuable asset in Grooby’s trans empire, undertook the risky step to rebrand itself. It is now known as GroobyGirls.com. Penn explains: »We do understand why this terminology has been an issue with folks and ultimately we want to do right by our performers and fans. Our intention has always been to show respect to our performers. The site has been around for 20 years and is our most established brand. Our remaining sites and future DVDs will be rebranded in the months ahead.«

Trans women though are only one side of the story. Trans men have it more complicated. But they have a huge star already in the industry: Buck Angel, a trans advocate who is in the business since the early 2000s. His newest movie Buck Angel Superstar is nothing less than the closest thing to a bio-pic the industry has to offer. It is a big-budget production, a feature film based on Buck Angel’s life. , dramatic feature film based on his life. Vespoli is the director and she says: »I want to shoot more and have more representation of FTM performer.«

And adult entertainment is producing content that caters to the new and still emerging audiences. What was started and gained a lot of momentum will not easily be stopped again. So maybe even in the US the current backlash is just temporary.