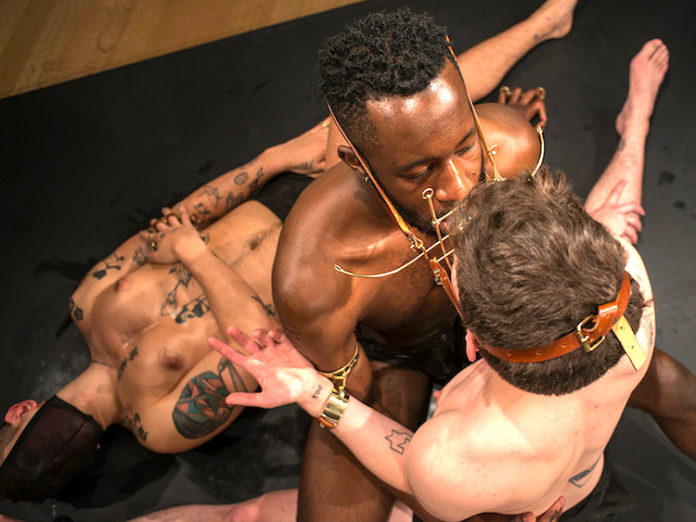 Justin Moran writes for Out.com: » Inside NYC’s Museum of Arts and Design, three subjects sit closely together, connected for 120 long minutes. Two are joined at the mouth, unable to talk and left to stare directly in each other’s eyes, while the third is sprawled on the floor, cradling the duo with a full mask disguising their face. Museum guests become voyeurs, intimately surrounding the trio as they sweat in a queer, sexually charged human tangle that lasts for two full hours—exciting, exhausting.

In polished golden brass and supple brown leather, the performers wore rings, arm and leg bands, and the Scorpions centerpiece: an elevated ball gag that looked more like a small sculpture than anything associated with subversive sex.