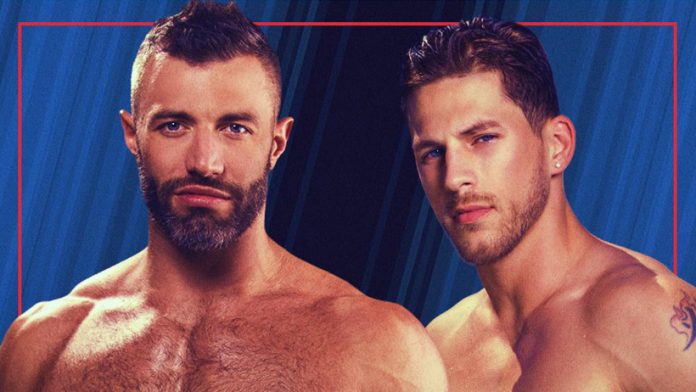 Webcam company CAM4 will live stream shoots of productions by Falcon Studios. Coinciding with the studio’s 50th birthday the cooperation will also be part of CAM4’s Pride Month celebration campaign.

According to the companies, the event will take place every Friday. Last Friday Cole Connor was paired with Roman Todd. On June 18 award-winning Max Konnor and Xavier Zane will follow. Tristan Hunter and Evan Knoxx will be on the live stream on June 25.

Shannon McD from CAM4 said: »We’re thrilled to partner with Falcon and their finest talent to show viewers what it really takes to create the highest-quality gay content. It’s a view so many of us never get a chance to see.«

Tim Valenti, President of Falcon Studios and Naked Sword, also commented on the cooperation with CAM4: »We can’t wait for fans to experience this once-in-a-lifetime live event.«

He also said: »Falcon Studios is proud to partner with CAM4 as part of our ‘Forever Falcon’ anniversary celebration. Falcon is iconic, and we are continuing its legacy as a world-class, innovative studio by delivering another first for fans with these unprecedented live shows.«

According to Falcon and CAM4 viewers will be able to chat, tip and interact with the performers during the stream on CAM4 as well as through Falcon’s own website which will feature the event in its members area as well.