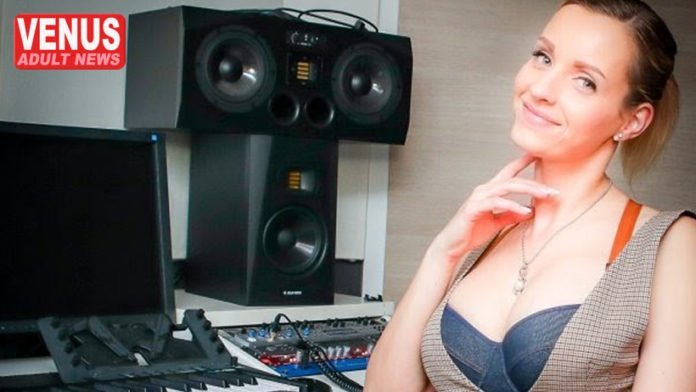 Hamburg, May 2020: Almost everyone recognizes the catchy melody of Infinity, the most successful song by Darren Bailie, founder of the Guru Josh Project. This success will now be continued: In addition to producer and DJ Darren Bailie, the German DJane and singer Anike Ekina is now part of the band. The new single »Love to Infinity« (Schönberg Music Entertainment / ROBA MUSIC) will be released on May 29, 2020.

Since 2008 Infinity by Darren Bailie – Guru Josh Project is a world success. The band around Darren Bailie and saxophonist Paul Walden won several gold and platinum awards with the song, which is known for its saxophone melody. But after the death of Paul Walden in December 2015, who enchanted the people with his saxophone, things became quiet around the band. Four years later Darren Bailie met the former erotic model, saxophonist and DJANE Anike Ekina. The sexy woman from Schleswig-Holstein had a lot to offer and convinced Darren Bailie not only with her looks but also with her saxophone. At first only one song was planned but Bailie shared a video message to the public saying »Guru Josh Project is back again with Anike«.

After this first single more songs will follow. Anike Ekina will take over the lead vocals as well as the saxophone. Darren and Anike Ekina met each other at a gig in 2019 and immediately got along great. Both are united by their love for music and the idea for a new edition of the project was born. As soon as it is possible again, a club tour is to follow.

With classic EDM sounds, the famous Darren Baillie note and the irresistible charm of Anike Ekina, the new song is a catchy tune. An unusual but still fitting combination with a great past. Darren Bailie has already received numerous gold and platinum awards and has performed at the biggest festivals in the world. With Germany’s hottest DJane at his side, big things are in the pipeline.