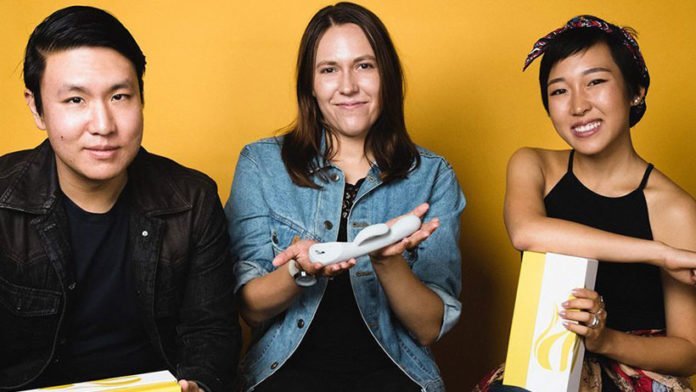 After the embarrassing PR debacle of this year’s CES, the Samsung group also seems to be longing for a storm of protest. The company removed an exhibitor of smart vibrators from an ongoing fair called SF Women in Tech. With Lioness, another company in the sex tech industry is being discriminated against after it has been officially approved.

The hubbub about the embarrassing back and forth at this year’s CES electronics trade fair has not faded away for long, yet censorship is targeting already another sextoy company that is actually coming up with technological innovations to improve women’s sexual health.

Did Samsung learn nothing from the Lora DiCarlo debacle?

By now it is well known that the startup Lora DiCarlo at CES 2019 first was granted an award for extraordinary innovative power, then it was withdrawn before the actually award ceremony took place and finally it was awarded again. The reason for the chaos were moral concerns within the board of the CTA, the operating company of the Consumer Electronics Show responsible for the award ceremony.

After an unprecedented storm of protest by media and users worldwide, providing Lora DiCarlo with a clever way to advertise its new product, the sensitivity of the matter should have been clear to technology companies. Nevertheless, the debacle appears to have been repeated at SF Women in Tech.

Manufacturer thrown out after erecting its booth

Samsung’s convention for tech companies with smart apps and devices that can communicate with mobile devices accredited the sex tech startup Lioness for a booth.

Shortly after her booth was set up and before the event was about to begin, Liz Klinger, the co-founder of the company that specializes in smart vibrators, was told to dismantle her booth and wrap up her products.

In an interview, Klinger said, »In some ways it’s surprising but, at the same time, it’s not unexpected given the ongoing conversation with some of these big companies surrounding sexuality.«

As if this wasn’t embarrassing enough, the event was also designed with a focus on »Fem-Tech«. To exclude a company that stands for female sexuality and sexual health is hard to beat in absurdity.

Samsung’s communication strategy also causes some head shaking. Klinger was instructed to dismantle her booth without providing any reasons. Someone in the upper floors of the Samsung Group had something against the company’s products. The perplex entrepreneur did not get to see another Samsung representative until the end of the event.

Those responsible have been hiding

Klinger tells: »I wanted to know who it was that said ‘no’. I wanted to know the rationale because it could have been a relevant reason. I felt pretty disempowered because some shadowy figure was just pulling the rug out. It’s like someone was hiding something and it didn’t feel right.«

In the end, a Samsung representative disdained the insulting remark that the Lioness product »isn’t women’s health — at all.«

This was the last straw for Klinger: »I shouldn’t have to talk about why sexual health is related to women’s health. But barring that, we do a lot of work in terms of research around sexual function and sexuality and use a lot of that data in novel ways that are opening up different possibilities for understanding how pleasure and health are interrelated.«

Following Lora DiCarlo’s dispute with CES and Dame Incs legal fight against the New York subway, a third manufacturer of sex toys for women is heavily discriminated against in 2019.

Uncertainty for companies in the adult industry is increasing, especially in the Anglo-American countries, which seems to be leaving the ranks of states where principles of the rule of law and equal treatment take precedence over moral sensitivities. Contracts large and small seem worth nothing, companies are excluded from or hindered from participating in the market for arbitrary reasons, both online and offline. An erosion of hard-won fundamental rights is taking place at a rapid pace on the world stage.

Samsung Group has no interest whatsoever in women

Klinger still hopes that Samsung will change course and realize that it is positioning itself against a large proportion of its own customers and is acting exceptionally rude and unprofessionally. She says: »Ideally, it’d be great to see companies think about how sexual health and wellness plays a role in their consumers’ live. Sex isn’t this dark thing you have to keep hidden away in a corner somewhere. We’re seeing more and more people taking notice – like with Lora DiCarlo and Dame Products – but despite all the news, I don’t think changes have percolated in a broad way. My hope is that by having more of these examples come to light, maybe then some of these companies will start doing something about it.«

The entrepreneur is still waiting in vain for an apology for her futile journey to the Femtech event.

You can find Lioness’ website here. (Samsung is sure to be found somewhere, too.)