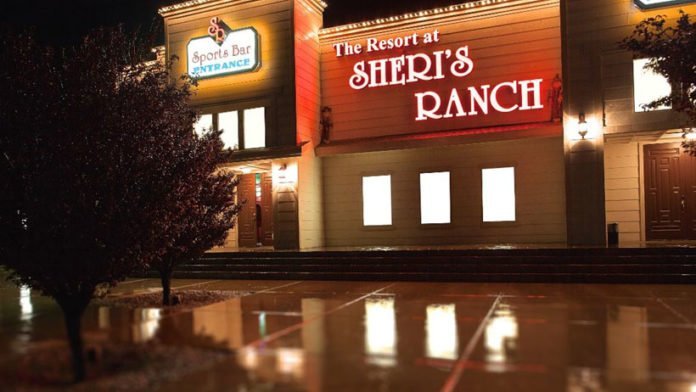 One of the few legal brothels in the US is Sheri’s Ranch. Its close proximity to Las Vegas allows the brothel to advertise itself as »Las Vegas’ Famous Brothel« even though Las Vegas itself forbids all kinds of prostitution. Now the popular brothel shared some data about its usage.

The graphics shared by Sheri’s Ranch shows several interesting details about the services and times spent at the Brothel in Nevada. 134 prostitutes worked at the ranch in 2017 and offered more than 3,6 million minutes of sexual services. That equals 7 year’s worth of sex time comprised in one year under one roof. While that is just a fun fact with little use the brothel also offers info about who pays for its services. Nobody will be surprised by the fact that men clearly dominate with 78% of the visitors, but 15% are couples and 7% of the guests are single females.

The brothels’ madam is called Dena. According to her visits by females and couples are on the rise: »Sheri’s Ranch has seen a steady rise in the number of women and couples visiting us each year.

In 2014, about 15 percent of total customers were individual females and male/female or female/female couples. In 2017, that total was 22 percent, indicating that women and couples are increasingly visiting sex workers.«

Here is the graphics released by the brothel: