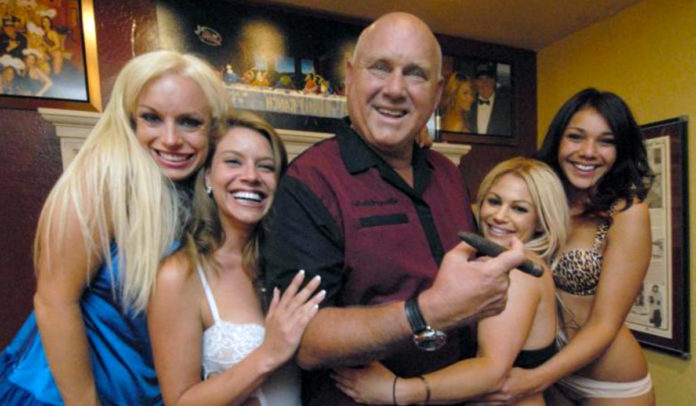 Dennis Hof, one of the very few people in the US allowed to run a brothel, and current candidate for the Nevada State Assembly lost his license to operate the Love Ranch, a popular brothel in Nye. The loss of the license is the consequence of his failure to apply for a renewal.

The publicity-loving brothel king apparently missed the deadline to renew his license for the Love Ranch last year too but was allowed to keep his brothel open. Now the Nye County revoked the license completely effectively shutting down the brothel.

Two months ago Hof won the primary election against three-time incumbent James Oscarson to become the Republican candidate for District 36 for the Nevada Assembly.

According to local newspapers, the manager of the Love Ranch refused to shut down the brothel when Nye County Sheriff Sharon Wehrly showed up at the property to close its doors.

So either Hof was focused on his political career and missed the deadline out of mistake or he thinks this is a political maneuver against his ambitions to become a politician. Either or so far the Love Ranch is still open. Legally though Hof is required to file for a new license in order to keep the brothel active.