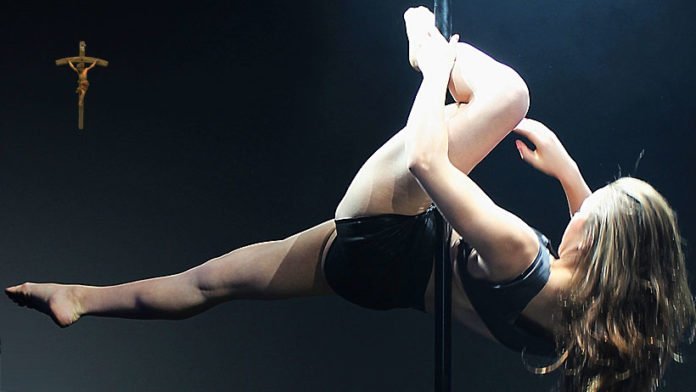 A former strip club in Ozaukee County is being converted. The building was renovated and will now house a Christian school. Headmistress Kris Austin takes it with humor, talks about divine irony and seems to be happy about the attention for her school.

There are still remnants of the Spearmint Rhino Gentlemen’s Club. And not far from the premises where Ozaukee Christian School students will be studying starting this month is the old stage, the bar and a leopard rug from the former strip club. Only the stripper poles have disappeared.

However, the very religious school is not particularly bothered by the secular history of its new home. »It’s a story only God could,« write says the headmistress with a smile. She adds dryly: »Very different use of the room.«

On 16 September, teaching will begin for children of pre-school age up to eighth grade. The construction work is carried out rapidly. During a guided tour, the headmistress says: »Down the hall, we have what will be our fifth- and sixth-grade classroom. Everyone’s hard at work.« An already planned extension will cover the entire building and will sooner or later eliminate the last traces of the strip club.

In the end the headmistress, unfortunately, leashes out against sex workers. »God, in His sense of humor said, ‘I’m going to take that which was meant for not necessarily great purposes in the life of a family. And I’m going to instead transform it into a place of life and light and hope and joy.«

It should be noted that a lot of people perceive strip clubs as lively, bright, hopeful and joyful. And way too many people remember their school days as dark. But no matter what. Maybe it’s okay to cultivate one’s resentments if you have so much humor.